Oklahoma City hope to win their second straight victory at home against Sacramento on Monday. 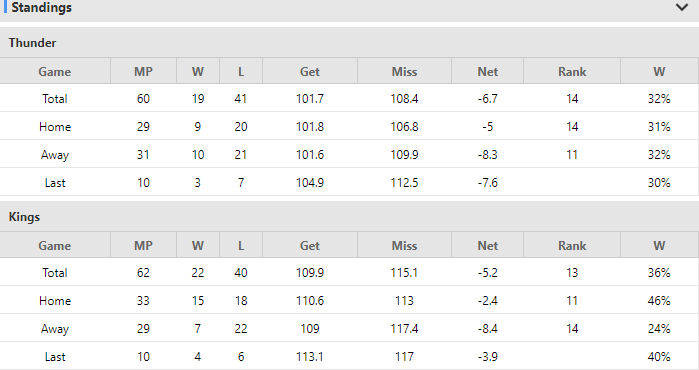 Sacramento Kings
Sacramento rank last in the Pacific Division with a record of 22-40, 28 games behind the first Phoenix Suns. Sacramento lost 115-110 to the Denver Nuggets on Saturday, losing for the fourth time in a row. De'Aaron Fox was Sacramento's leading scorer for scoring 26 points, but as a team, the Kings shot only 42.7%.