The Golden State Warriors hope to win their second consecutive victory at home against Dallas on Sunday. 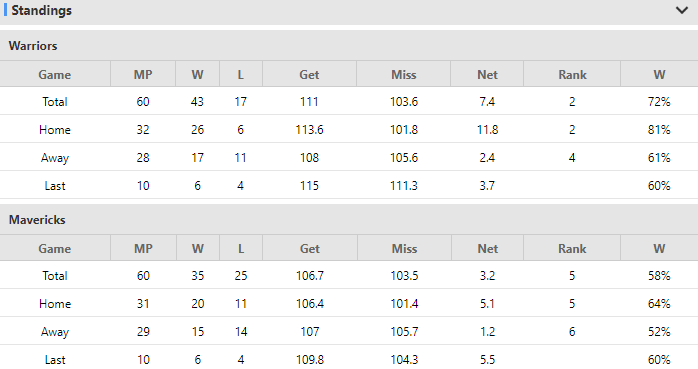 Dallas Mavericks
Dallas rank second in the Southwest Division with a record of 35-25, 5.5 games behind the first Memphis Grizzlies. Dallas were defeated 114-109 by Utah Jazz on Friday. Luka Doncic was Dallas's leading scorer with 23 points, but the Mavericks rebounded 44-30 by the jazz, shooting only 47.7%.

Prediction
The Golden State Warriors are beating the Portland Trail Blazers by 37 points, but the they have encountered problems in recent games for having failed to cover five of the past six games and each of the last five home games. By contrast, Dallas have covered this figure in seven of the past eight games.