The Los Angeles Clippers look forward to their third victory when they played away against the Houston Rockets on Sunday.

Houston Rockets
The Rockets rank last in the Southwest Division with a record of 15-44, 25 games behind the first Memphis Grizzlies. Houston were defeated 119-111 by the Orlando Magic on Friday. Jay green was the top scorer for Houston with 23 points. The Rockets were rebounded by the Magic 54-41. 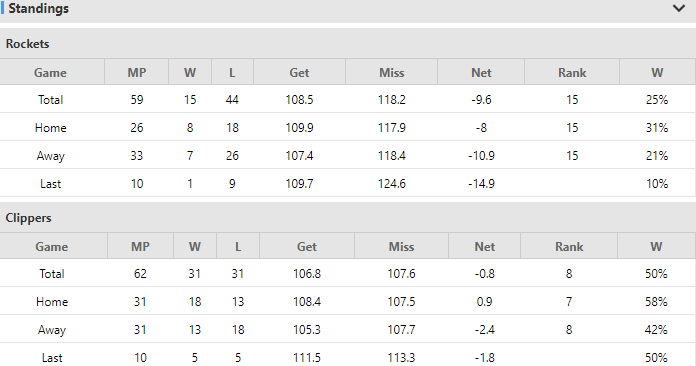 Prediction
The OVER has cashed in the last 11 games between the Clippers and the Rockets. These two sides scored 253 points in the last confrontation on February 17, easily exceeding the closing line of 227.5 points.