Sunday's NBA schedule will kick off with a matinee between the Philadelphia 76ers and the New York Knicks in Madison Square Garden.

New York Knicks
The Knicks hope to end a four-game losing streak, trailing Atlanta by 3.5 games and ranking 10th in the East. New York scored just 15 points in the last 12 minutes of a 115-100 home loss to Miami on Friday. Barrett poured scored a career high 46 points and nine rebounds for 13 of 22 shots. Alec Burksadded 12 points and eight rebounds in the Knicks' defeat. 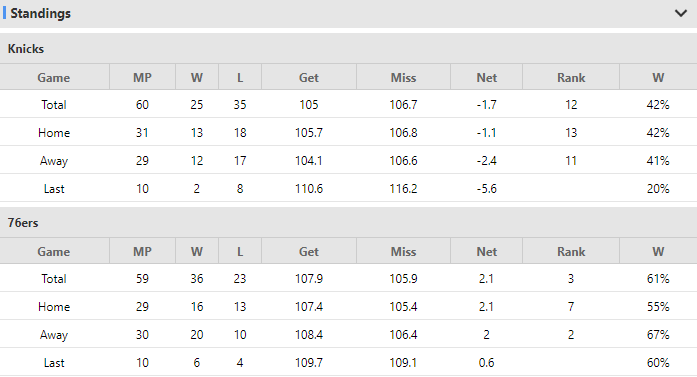 Prediction
Derrick Rose (ankle) is expected to return to the lineup in the next 1-2 weeks. Both teams are in the first half of the league in terms of defensive efficiency.