The Bundesliga 1 match at Europa Park Stadion on Saturday sees home side Freiburg go into battle with opponents Hertha Berlin. 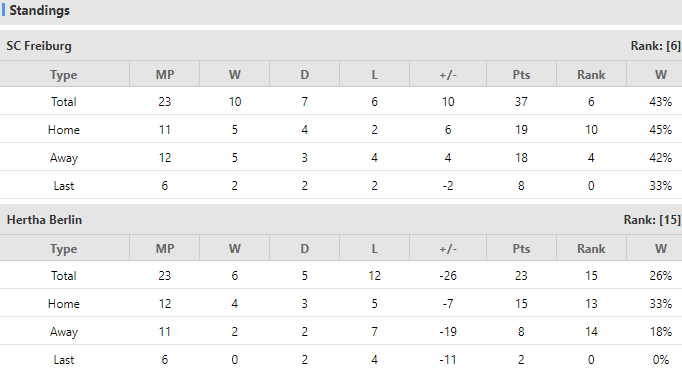 Hertha Berlin
After being beaten in their last game against RB Leipzig in Bundesliga 1 action, Hertha Berlin and their travelling supporters will be hoping that they can get a better result in this one. The numbers tell their own story, and Hertha Berlin have been scored against in 5 of their last 6 games, letting opponents get 16 goals in total. Defensively, Hertha Berlin seem to have a bit of a soft underbelly. Let’s see whether or not that trend will be sustained here.

Football German Bundesliga Hertha Berlin SC Freiburg
(Disclaimer：Any views or opinions presented are solely those of the author and do not necessarily represent those of NowGoal. We disclaim any responsibility and accepts no liability for any direct or indirect loss or damage arising from any inaccuracies.)