Wolves will visit Etihad Stadium this weekend to take on Manchester City.

Man City are competing for the championship with Arsenal while Wolves just escape from the relegation zone but still struggle for that. Man City stand a better chance to win.

Man City got a five-match winning streak from Wolves in their previous meetings. Four of those games were won by Man City with a lead of at least two goals. 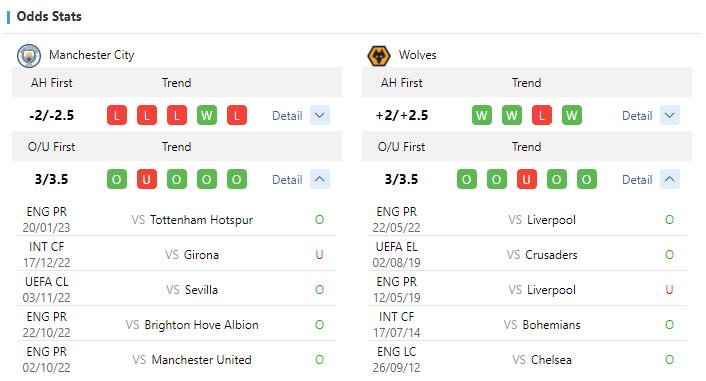 Wolves and Man City both have four out of their last five games with 3/3.5 O/U opening odds ended in the over goal. It is possible to see the game result in more than three goals again.