Leicester City found themselves fall into a three-match losing streak. Now they dropped into 15th place with 17 points from their 19 rounds, only two points above of the bottom team. The foxed have been struggling away from home, along with two wins and four losses in their last seven visits. 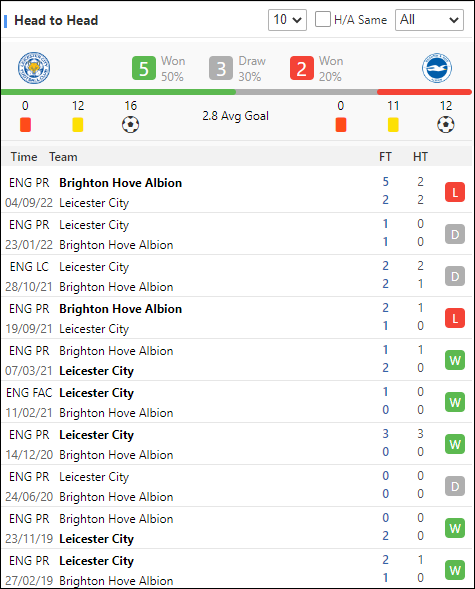 Brighton Hove Albion will be motivated form a 3-0 home win over Liverpool in the last round, which put them climb into the seventh place in the league. On the road, Brighton won five, drawn one, and lost three matches away from the Amex Stadium this season.

Leicester City are in poor home forms lately, and their defenses are far away from solid. On the other hand, Brighton have consistent scoring forms in their recent games, and I believe they would take initiative by this round.