Aston Villa will travel to at St. Mary's to take on Southampton who are at the bottom of the table.

Southampton are sitting 11th on the League table, 10 points ahead of their opponent. The Saints have been in a good moment, wining three consecutive games in all competitions, including an impressive 2-0 victory against Manchester City in the Carabao Cup. However, they suffered three League losses in a row at St. Mary's, with conceding 8 goals totally. 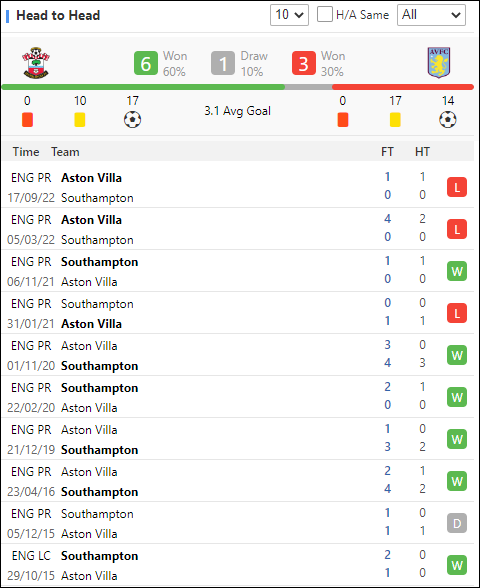 Aston Villa claimed a 2-1 home win against Leeds in their last game, ensuring their third unbeaten league game. They also played well on the road, with winning over impressive opponents, Tottenham and Brighton, lately.

Aston Villa are in better forms lately, but they have fragile defenses in this season. In this match, backing the over 2.5 goals is the best choice.