Salernitana will meet Napoli at Stadio Arechi on Saturday.

They rank sixteenth at the table of the league, struggling for relegation. They have been winless for seven matches including friendlies. It is difficult for them to steal point from Napoli.

They are now first in the standings. So far, they have only suffered one defeat, at the hands of Inter. They also have a 78% road win percentage. 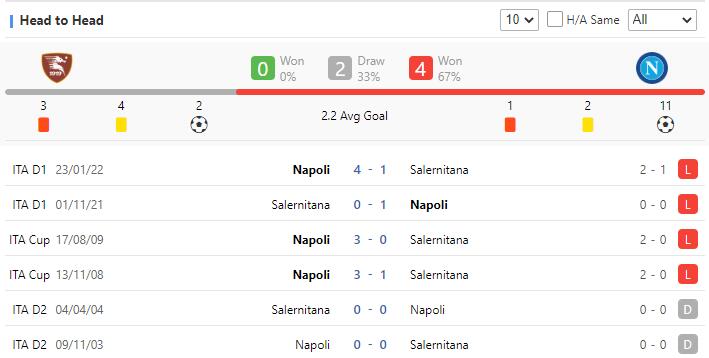 Salernitana have never won Napoli in the past, which take the lower hand. Napoli defeated Juventus 5-1 in recent games and Salernitana lost to Atalanta 8-2. A high-scoring result is foreseable.

Lnn 505 Article
Hi. I am Lnn. My passion for football started when I watched a football game by chance. That made me a fan of The Red Devil. I am happy to write the things what I am interested in.
See More Article