Burnley will take on West Bromwich Albion at Turf Moor in Matchday 28 of Championship.

Burnley leads the Championship with 17 wins, eight draws and only two defeats through their 27 games so far, five points above of the second-placed Sheffield United. They are coming off a 1-0 home victory over Cardiff in their last fixture, which has been their fifth straight win in all competitions and seventh straight in the League. 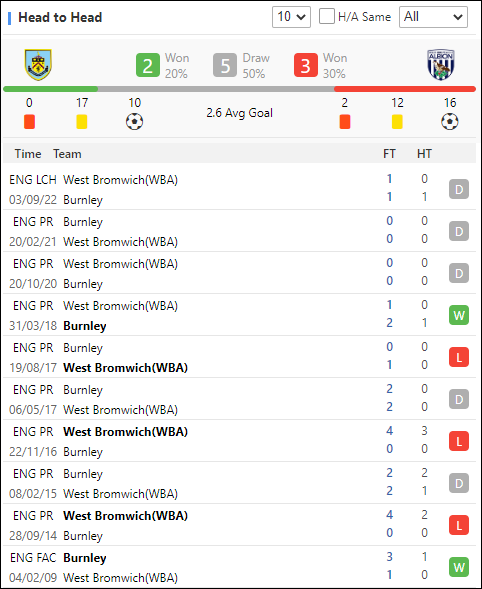 West Bromwich(WBA) have won ten out of their eleven League matches, and now they are placing six with 41 points on table, just two points behind of the third place. West Bromwich have scored 10 goals totally in their last three games across all competitions, and manged to scored in 11 of their last 12 competitive fixtures.

Burnley have been in good home records, in this way, we will see the host keep their unbeaten run going.