Sheffield United and Hull City will meet on Friday’s Championship at Bramall Lane.

Sheffield United are placing second on League table, five points bebind of the leader but 11 points ahead of the third-placed Watford. Sheffield have won seven of their last eight matches, and they have the best defense in the League. 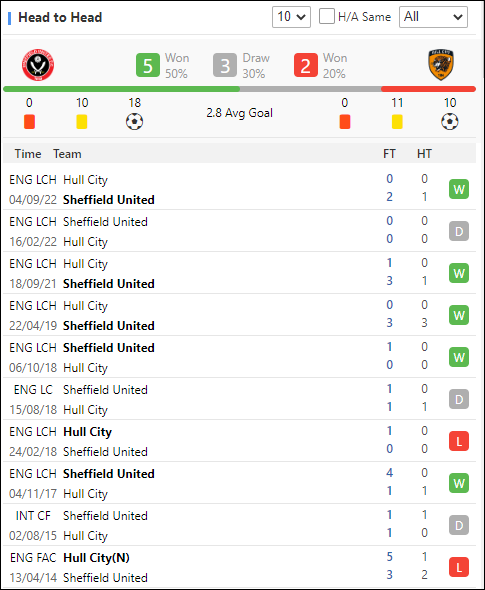 Hull City are sitting sixteenth in the standing. They remained undefeated in the last six rounds,  but four of them have been ended draws. In contrast, they have the worst defense this season, with conceding 42 goals totally. However, they have impressive away forms, being unbeaten in last nine visits in this competition (five wins and two draws).

All in all, Sheffield United have impressive home records lately, and I believe they would take initiative in this round when against Hull City who are struggling defensively.