Crystal Palace have been in poor forms after the World Cup break, with wining only one but losing four of the five matches in all competitions. They fell a 0-1 away defeat at Chelsea at the weekend. They are currently sitting 12th with six wins, four draws and eight defeats, seven points adrift of the relegation zone. 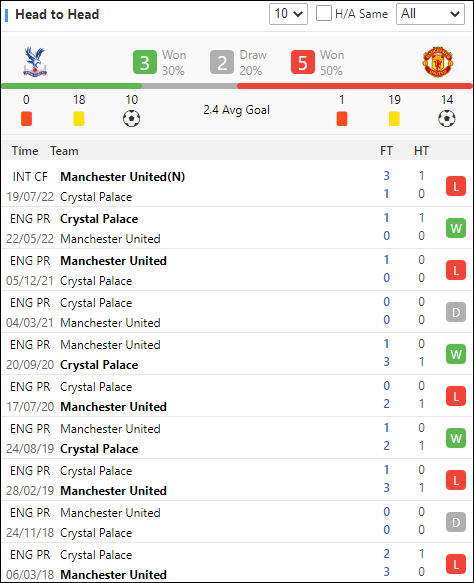 Manchester United have got a winning streak of nine straight competitive games, including a 2-1 home win over Man City last outing. Now they have claimed into fifth place on the Premier League table, a point behind of the second-placed Man City.

Palace is also a tough opponent for the Red Devils. But I believe the United would keep their best moment and extend their winning streak by this clash.