As the host of the 2023 African Nations Championship, Algeria will welcome Ethiopia on Tuesday.

Algeria beat Libya 1-0 in the opening game of this tournament, and this has been their fourth match with under 2.5 goals in the latest five matches played. Also, they failed to score in three of those games. This has been the second time for Algeria to participate in this competition, and the first time dated back to 2011 when they finished fourth. 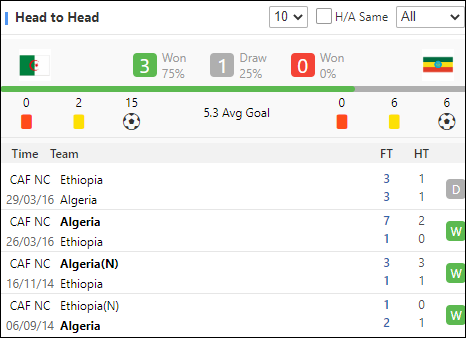 Ethiopia just drew 0-0 with Mozambique in the first round of this African Nations Championship. Although they are unbeatable for the latest five matches, they just managed more than a goal in just one of those matches.

I think Algeria would extend their good run from last winning. Both side have been inconsistent on their attack, so I will also predict a game with under 2.5 goals.

Suerte 589 Article
I am a football fans and I like writing.
See More Article