After a 3-3 draw in the last round of England FA Cup, WBA and Chesterfield will meet again.

WBA perform well at home, having won five of their most recent home games with five clean sheets. They are unlikely to suffer a defeat in front of their supporters. 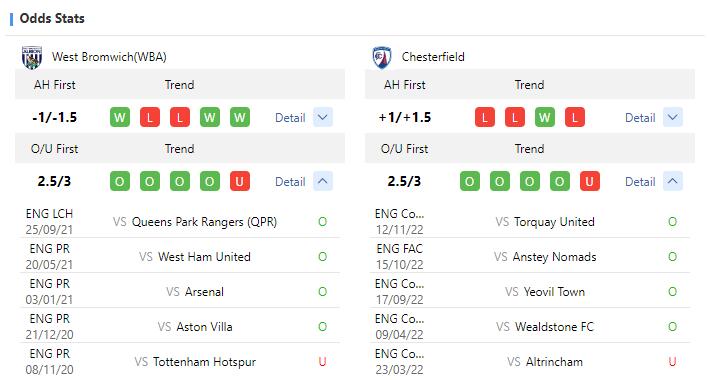 Additionally, they show preference on high-scoring results. WBA and Chesterfield respectively had four out of five games of 2.5/3 first O/U odds ended in over three goal. One can anticipate a high-scoring outcome.