Empoli and Sampdoria will meet at the Stadio Carlo Castellani on Monday night for the 18th round of Serie A. 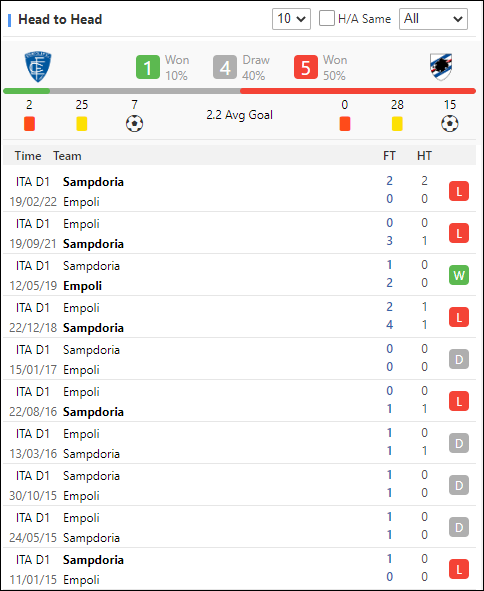 Sampdoria have been struggling lately. They were eliminated from the Coppa Italia by a 0-2 home loss to Fiorentina, and they have also lost to Napoli 0-2 in the League, which has been their sixth defeat in the last eight rounds. In their last 10 league matches, they’ve failed to score in 7 of them and conceded two or more goals in 6 of those games.

Empoli have won three of their last four home League matches, so I believe they have confidence to beat the struggled Sampdoria.