Cadiz will continue their La Liga campaign at home to meet Elche on Monday night.

Cadiz just picked up 15 points from their 16 rounds, with three wins, six draws and seven defeats. In fact, they are only two points behind of the safety zone, so they are keen to continue their good run from the 1-0 away win over Valencia last outing. However, Cadiz have the fourth-worst home record in the League, with only one win in this progress. 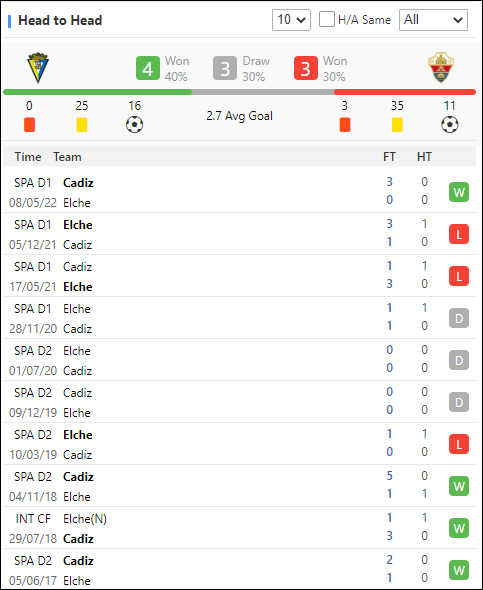 Elche are at the bottom of the League table with four draws and twelve defeats. They are winless since this season, and they have only scored four goals but conceded 34 goals totally. They bright thing is that they have claimed two victories in the last three meetings against Cadiz.

Cadiz have impressive form in the last round against Valencia, and I believe they would get the result again.

Betty 569 Article
Betty loves the game of soccer since she was a child, this passion allowed her to embark on a career as a soccer analyst. She believes all leagues have their own charms. Accurate soccer predictions give me a great sense of accomplishment”, Betty said.
See More Article