Lecce will fight against AC Milan at Stadio Via del Mare today.

Stefano Pioli is in trouble as up to seven AC Milan players have been absent for various reasons. In fact, they recently drew twice and fell to Torino in extra time during a Coppa Italia match.

On the other hand, Lecce have received 2W-1D-1L after the International break. The only defeat came in friendlies. In other words, they have not lost any crucial matches after the World Cup. 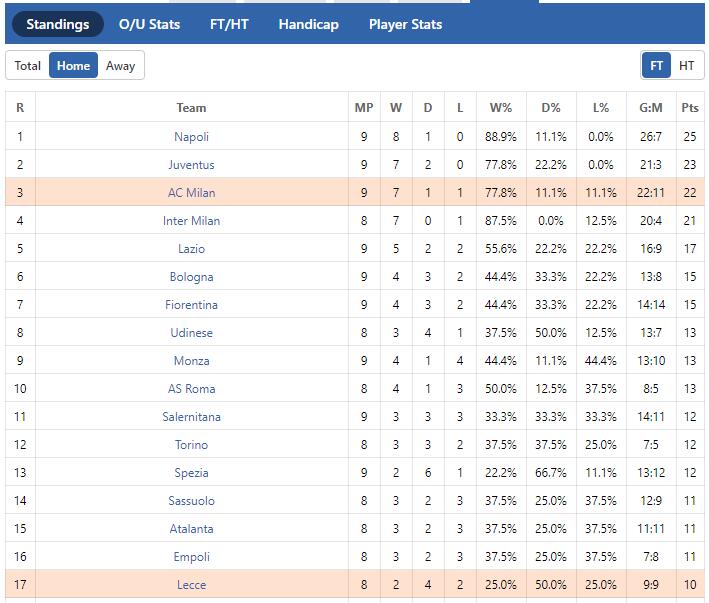 Milan will play Inter in the Super Coppa Italia in four days. They'll concentrate more on that game. In addition, Lecce have a 50% draw rate at home despite of a low home win rate. Therefore, Lecce have an opportunity to score a point against Milan.