The 19th round of France's Ligue 1 will conclude with a match between Rennes and PSG.

They have the third-highest home victory percentage in the league, just behind Lens and PSG,.

Additionally, they have not lost to PSG at de la Route de Lorient Stade in their recent three matches, giving them psychological advantage.

They are not as strong on the road as we know. It was evident in their matchup with Lens. Their most recent league away game ended in a 3-1 loss to Lens and it was the first away league loss this season. 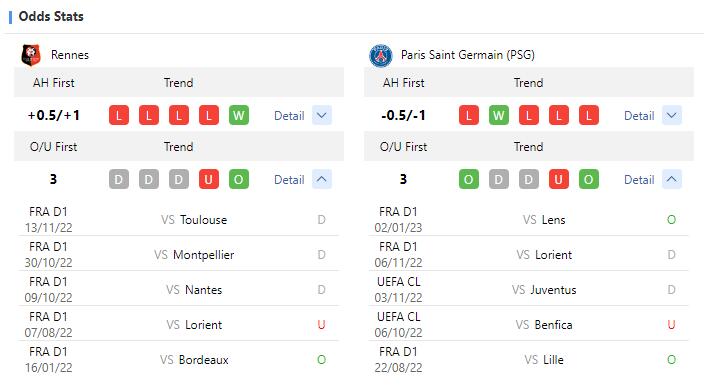 Their encounters had a combined total of no more than two goals per game in the previous two seasons. I personally predict a home double chance and no more than three goals overall because PSG's victory is not guaranteed.