Real Sociedad
Real lost 4-0 away to Athletic Bilbao in the last league round and have won just one of their last six games. They are four points behind fourth-placed Barcelona and still have a chance of overtaking them. 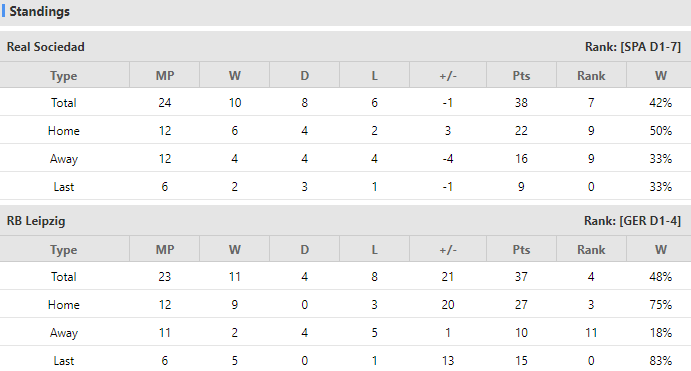 RB Leipzig
Leipzig, who beat Hertha Berlin 6-1 in the last round, are in excellent form with six wins, a draw and a loss in their last eight matches. But there is no comparison between the German team's performances in the league and the cup, and this is not an easy game away from home.

Verdict:
There is not much difference between the two teams. The 1X2 first odds is 2.45-3.40-2.75, seems no clearly support to both side. Sociedad should at least draw in this game.

Football UEFA Europa League RB Leipzig Real Sociedad
(Disclaimer：Any views or opinions presented are solely those of the author and do not necessarily represent those of NowGoal. We disclaim any responsibility and accepts no liability for any direct or indirect loss or damage arising from any inaccuracies.)