Italian Serie A -- AC Milan vs AS Roma Game Preview

Italian Serie A -- AC Milan vs AS Roma Game Preview

The second-placed AC Milan and AS Roma who are on the sixth place will meet at San Siro on Sunday. 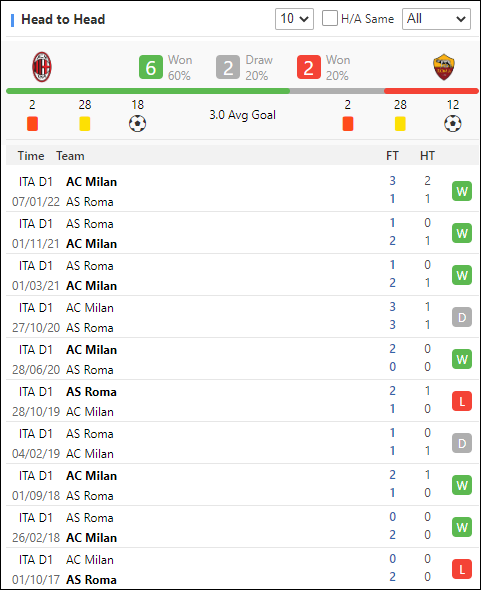 AS Roma have claimed a 1-0 home win over Bologna in the last round, however, this has been their first victory of the latest four rounds. They don’t have solid defenses and in nice scoring forms. The bright thing is that they are unbeatable in the last five visits in this competition.

AC Milan have been in better forms here and are sure to enter this game as favorites, with good performances at home in the league and against Roma. But neither defense is strong, so for this meeting, we will also try to back both teams to score.

Paul James 749 Article
Paul James is a soccer Expert, with his high accuracy predictions, he is often called as the Magic Man. He hopes to make the right picks for people with his knowledge. Believe it or not, it is always helpful to follow him.
See More Article