Dinamo Zagreb
Dinamo Zagreb lost the first leg 3-1 to Sevilla and rested some of their key players last weekend as the league ended 0-0. However, they are far inferior to the other side, even at home, it is difficult to beat Sevilla 2 goals. 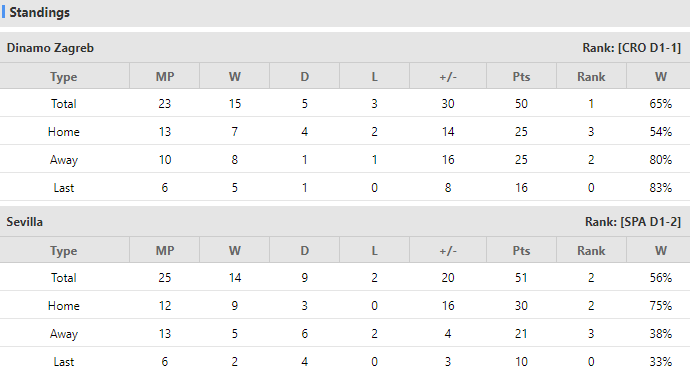 Sevilla
Previously, Sevilla drew 1-1 in the La Liga tie with Espanyol. Julen Lopetegui's Sevilla have fired home 9 times in the course of their previous 6 matches. The overall goals that they have conceded during those same matches adds up to 5.

Verdict:
There is a big difference between the two teams. The 1X2 first odds is 3.40-3.40-2.10, seems lacked of confidence to the home team. Sevilla should at least draw in this game.

Football UEFA Europa League Sevilla Dinamo Zagreb
(Disclaimer：Any views or opinions presented are solely those of the author and do not necessarily represent those of NowGoal. We disclaim any responsibility and accepts no liability for any direct or indirect loss or damage arising from any inaccuracies.)