Monza will enter Serie A round 17 to play against Inter Milan after a 1-1 draw with Fiorentina.

Monza show interests on low-scoring results. They have competed in six games since November. In the other two games, there were a total of three goals scored. Four of the games had fewer than three goals. A total goal under 2.5 is expected to see in the forthcoming game.

Inter did not score many goals in recent matches. Their most recent two games both ended in 1-0 wins. As a matter of fact, their recent four games were all in under goal. 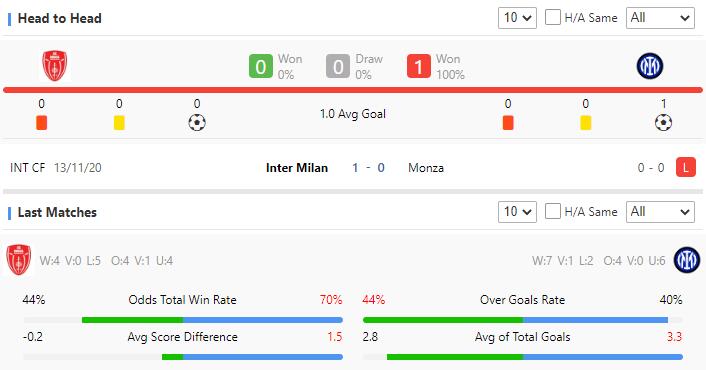 In recent years, they have only ever met once. Monza was defeated 1-0 at the time by Inter. The result of the match will probably be 1-0 again.