Rayo Vallecano will host a La Liga game against Real Betis on Sunday.

In their last seven La Liga games, Rayo Vallecano are undefeated. They perform well at home, as evidenced by their 4W-2D-1L record at home this season.

Although Real Betis rank sixth at the table of the league, they do not perform well on the road. Most of their points are from home games. Their last six La Liga games have only produced one victory. 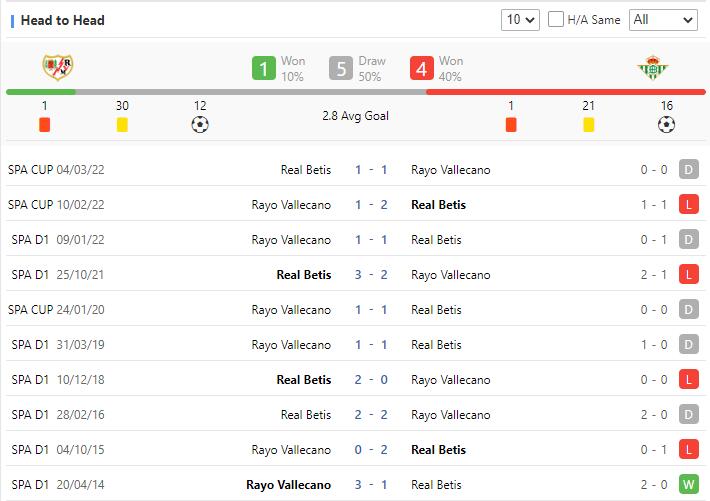 It's noteworthy to note from their prior game statistics that five of their previous ten matches ended in draws, with four of those ending in 1-1 scores. Above suggests that the resultof the forthcoming game will be a close draw.