Santa Clara have picked up 13 points and are 15th in the standings. They are coming off a 0-1 away loss at Gil Vicente last outing, putting their four-game-unbeaten run into an end. Also, they just have three wins in 10 league games.They failed to keop a clean sheet in the last six home league matches, but they’ve also scored in each of those games. 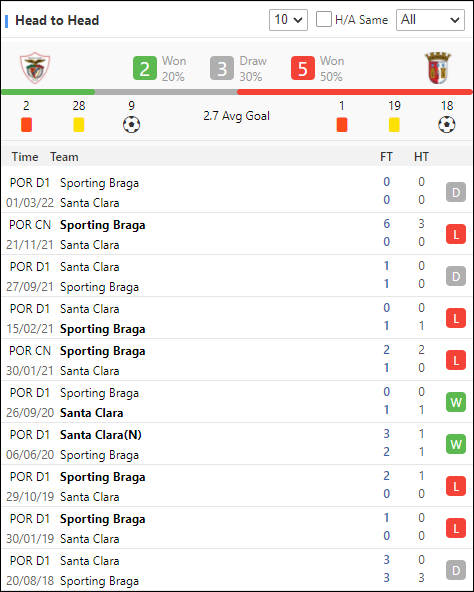 Sporting Braga are placing in the third place with 31 points. Sporting Braga beat Benfica 3-0 at home last round, which was the league leaders’ first League loss since this season. And this has also been Braga’s fourth victory in the last five rounds. Away from home, the team have achieved four wins and one defeat lately.

Sporting Braga are motivated from a crucial win last outing, and they have solid defenses. Go for Sporting Braga to take the result.