Italian Serie A is back! A game between Salernitana and AC Milan will be held at Stadio Arechi.

Five games, including two friendly contests, have gone without a victory for them. They are undoubtedly affected by the injuries. Their most recent win was in the final day of October.

They have lost every game since the international break due to injuries as well. However, they have a three-match unbeaten record in games played in the serie a. They will undoubtedly take advantage of the opportunity to return to winning ways as the second team in the league table. 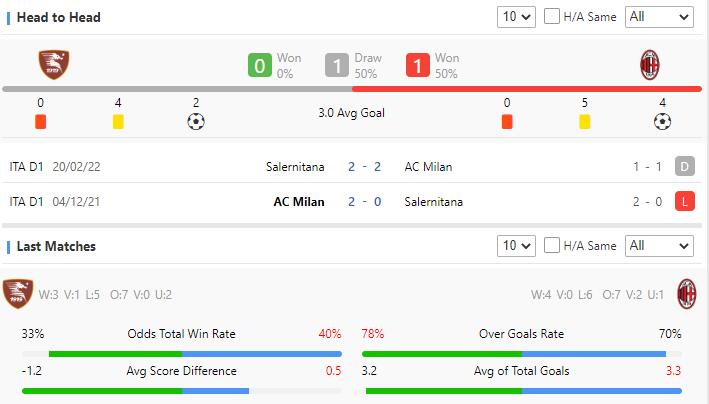 AC Milan got 1W-1D from Salernitana in the past, which take the upper hand. In the upcoming game, it is predicted that AC Milan will prevail with a score difference of no more than two.