Lyon just finished 8th in last season, and they are currently sitting 8th with 24 pints in this season. However, after a month’s World Cup adjustments, Lyon's state seems to have improved. They head into this round from a 4-2 away win at Stade Brestois. They’ve just lost one out of their last five rounds, with scoring in each of those games but also conceded for each. 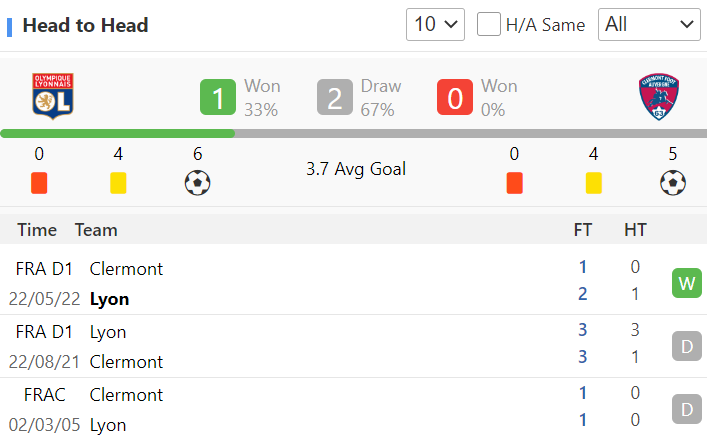 Clermont are 11th on Ligue 1 table with 19 points, which are six points above of the relegation zone. But they failed to win in the latest nine matches in all competitions, including a 0-2 defeat at the hands of Lille las outing.

Lyon have been undefeated in their last three meetings against Clermont, and they have nice home record this season. The odds are also good for the home side, so I will go for Lyon in this round.