Blackburn Rovers will meet Cardiff City at Ewood Park stadium after a losing streak in EFL and LCH.

Cardiff have got four ties in recent games continuously. Actually, they are winless in their last six league games. And they have failed to score in seven of their last 11 away league contests.

Blackburn have just lost three straight games. They haven't had a draw this season so far, which is completely the reverse of Cardiff. 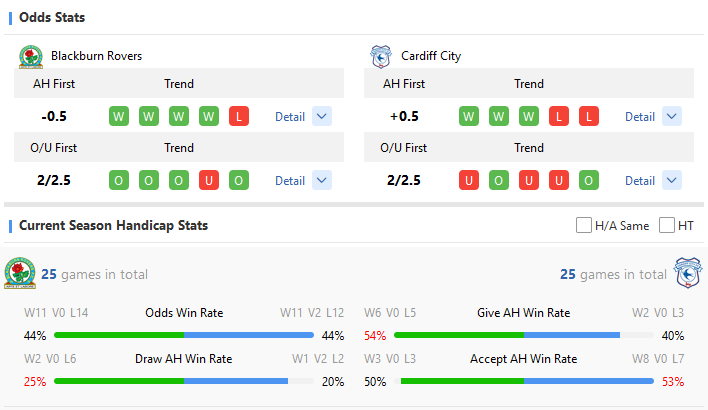 Cardiff are unlikely to earn a point away from the Ewood Park stadium given that Blackburn plays well at home, where they have a 67% home win percentage. Blackburn stand the chance to return to the winning way in the coming game.

DaireA 249 Article
I worked as a sports journalist for two years. I am professional in writing previews and commentary under statistics through my work experience. It is my honour to share my views here.
See More Article