The third-placed Blackburn Rovers will play host to Middlesbrough who are ranking eleventh in this round of Championship.

Blackburn Rovers fell a 1-2 away defeat at Sunderland in the last round, which has been their third defeat in the last four rounds. They scored consistently, and just failed to score in one out of the last five rounds. Also, three of their last five rounds have produced more than 2.5 goals. 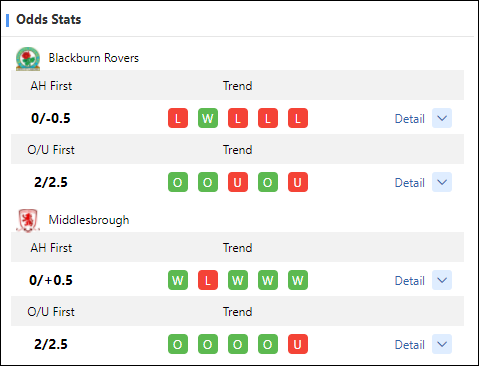 Blackburn Rovers have lost three of their last four League games, and they have lost their latest two home games in all competitions, while Middlesbrough are enjoying a good form, with only one defeat in the last seven. Go for Middlesbrough in this clash.

Betty 567 Article
Betty loves the game of soccer since she was a child, this passion allowed her to embark on a career as a soccer analyst. She believes all leagues have their own charms. Accurate soccer predictions give me a great sense of accomplishment”, Betty said.
See More Article