Hibernian are coming off a 4-1 home victory over Livingston, however, before that, the team have suffered four defeats in a row. And they just won twice in their last nine rounds and even lost seven of those. 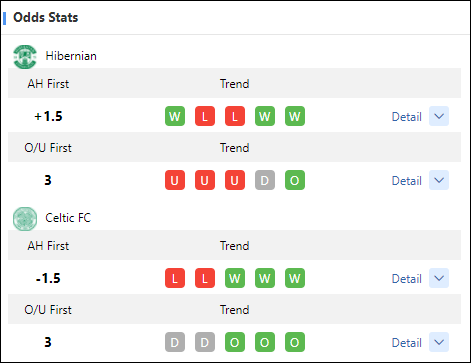 Celtic FC kept 100% winning in their latest even League games. Before the 4-1 home win overSaint Johnstone last outing, Celtic FC have four successive victories by one-goal margins only. They just have one clean sheet in the last six rounds.

Celtic FC have took upper hand in terms of recent forms and overall strength. Back them return with a delight victory in this trip.