FC Porto will meet FC Arouca at the Estadio do Dragao on Wednesday’s Liga Portugal 1 action.

FC Porto are coming off a 2-0 victory over Gil Vicente, and they have remained unbeatable on group stage of this League cup competition. Their Primeira Liga performances have also bee as good as that on Cup, with nine wins and two draws from their 13 matches, sitting second in the standings. 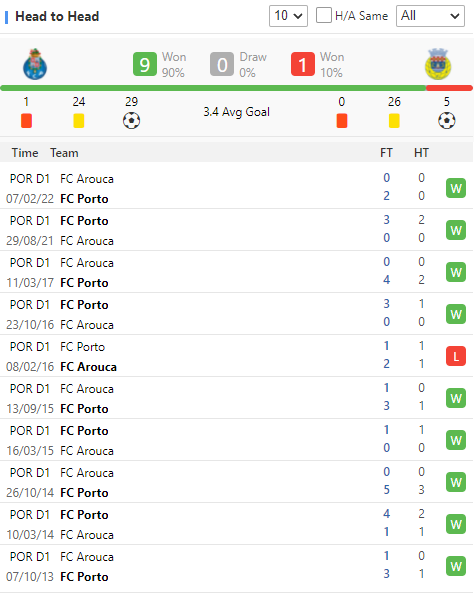 The visitors, FC Arouca, also achieved undefeated results on Cup in the group stage, with two wins and two draws. On League, they fell a 0-1 home loss against Rio Ave, before that, they have picked up three wins and three draws in the League, with scoring 10 goals and keeping two clean sheets in that time.

FC Porto are a superior and more experienced team, and they have won the past four meetings against FC Arouca. Support FC Porto would claim another victory here.