Westerlo won the last League game with 6-0 against Oostende before the World Cup, which put them into the playoff spots in 7th, with 26 points in 17 matches. However, they have defensive issues, with 30 goals conceded since this season. Fortunately, they have good attack, scoring 34 so far this season, two goals per game. 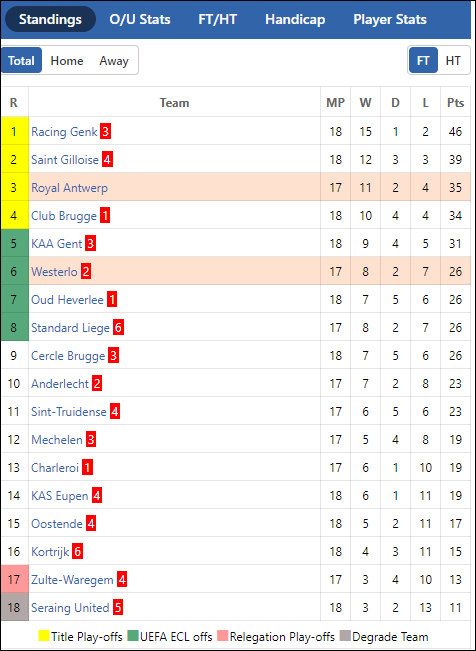 Royal Antwerp is placing third on League table, which are only a point behind of the second place. However, they failed to win any of their last four rounds, and just won one in last six. Moreover, they are winless in the last four away League games, and even lost three.

Westerlo didn’t perform well on their defenses, so Royal Antwerp may impose their attack against their week defenses. Go for a game with both teams to score.