The leader, Burnley will play host the eighth-placed Birmingham City on Tuesday’s Championship.

Burnley have picked up 47 points from 23 games, with 13 wins and only 2 defeats in this season. Their defenses are not the strongest in the League, but their attacks are the best. They have won three out of their last four rounds, and eight of their last 10 matches have produced over 2.5 goals. 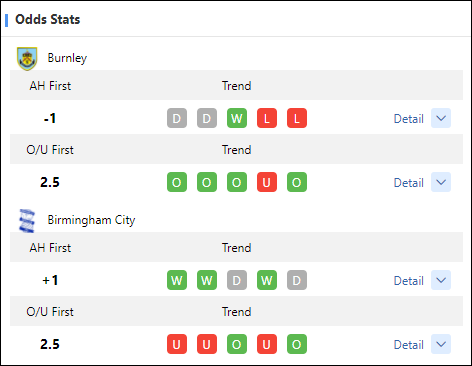 Birmingham City have taken 32 points from their previous 23 rounds. They are coming off a 3-2 home win over Reading last outing, which has been their first victory in the last four rounds. They have mixed results on the road lately, also, they failed to keep clean sheet in three of last five away League matches.

Neither of them haven’t been very stable in defence. Back a game with over 2.5 goals.