Aberdeen will travel to Paisley to take on St Mirren in the 18th round of the Scottish Premiership.

Saint Mirren have claimed a 1-1 home draw against Glasgow Rangers before the World Cup, which has been their straight fourth winless match. Now they rank seventh with 21 points on League table. They are dominant at home, with winning five and drawing three of their nine matches. 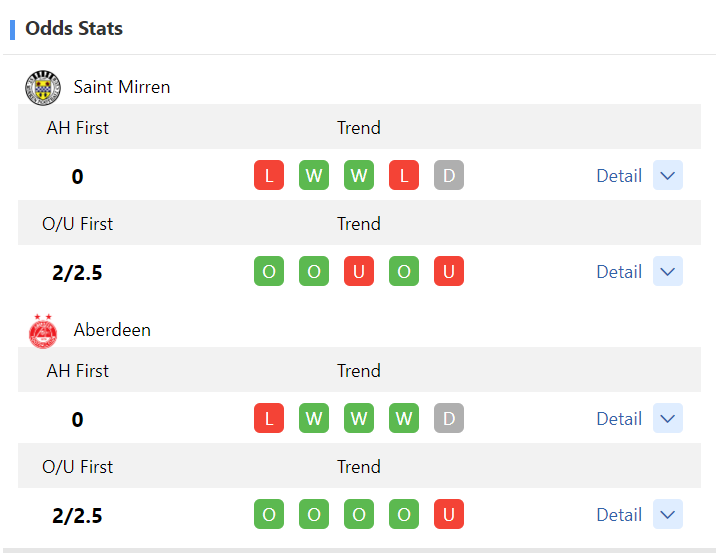 Aberdeen suffered a 2-3 home defeat against Glasgow Rangers, which makes them have two consecutive losses and three defeats in their last four rounds. Also, Aberdeen just scored seven times on their travels compared to 24 in front of the home fans.

Saint Mirren have good home record in this season, I believe they would win or draw this game.