Motherwell will welcome Kilmarnock at Fir Park in the 18th round of Scottish Premier League.

Motherwell are currently sitting ninth in the League table with five wins and two draws after 16 rounds. In the last round, they claimed a 1-1 away draw at Saint Johnstone back in November, then they have played a Friendly match with Tottenham, where they suffered a 0-4 loss. Motherwell have only one win in their last nine fixtures in all competitions, with seven of them ending in defeat. 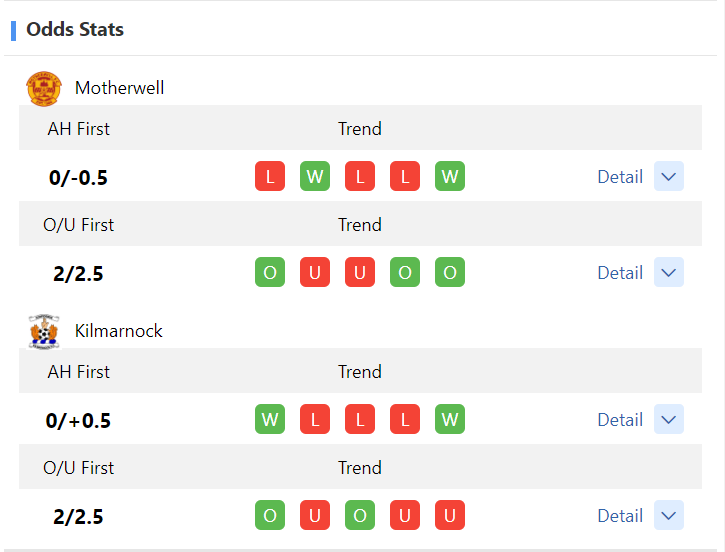 Kilmarnock currently occupy 11th-place, with four wins and three draws from their 17 league matches. They failed to win any of their nine visits since this season. Not only did they took only a single point in that progress, but also lost eight of those matches.

Although Motherwell have five home losses in a row lately, their opponent are in a worse forms in their recent matches. The Asian Handicap odds are also tending to the home side. Thus, I will choose the home team in this clash.