KAA Gent will fight against Standard Liege at Galanco Stadium on Friday.

They tied Cercle Brugge in the most recent cup game and prevailed on penalties. Although they've gone ten games without losing, it seems like they have not been in form after the international break.

They are in a poor state, suffering a losing streak including recent three friendly games. Up to seven of their players will be absent due to various reasons such as injury. 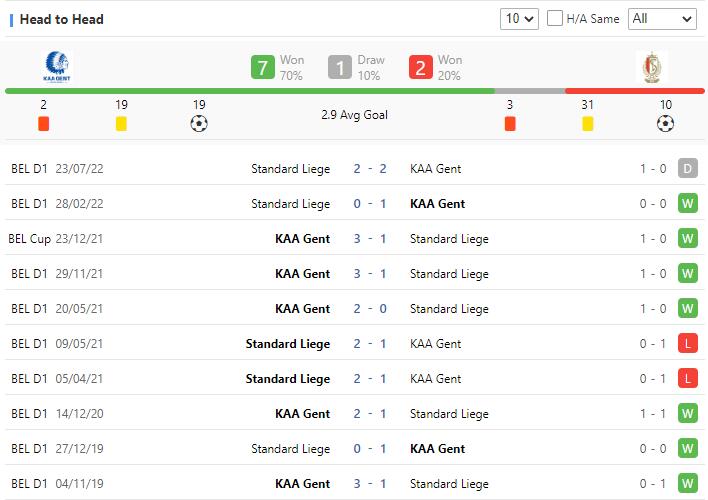 Even though Gent are off of form, they still have chance to defeat Standard Liege because Gent have won seven of their ten previous meetings. As a result, KAA Gent will triumph in the forthcoming match.