Luton Town will meet Millwall at Kenilworth Road this Sunday.

After their most recent game, a 1-2 loss to Middlesbrough, they have gone three games without a victory. Fortunately, they perform well in recent home games, with a seven-match unbeaten record. It is probable that they will recover.

Millwall have also gone three games without a victory. In four of their most recent 10 games, they failed to score a goal. In addition, they are weak in away games, with a less than 20% winning percentage in this season’s away games. 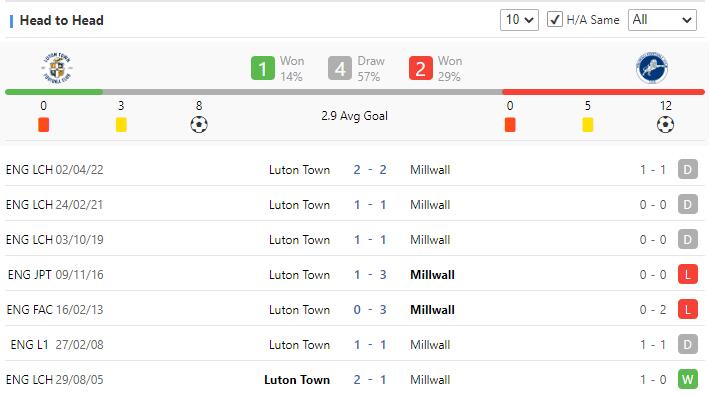 They are neither in good state. Given that Luton has the home advantage and performs well at home, it is anticipated that Luton will defeat Millwall in the next match.

Lnn 504 Article
Hi. I am Lnn. My passion for football started when I watched a football game by chance. That made me a fan of The Red Devil. I am happy to write the things what I am interested in.
See More Article