Aberdeen and Celtic will meet at the Pittodrie Stadium for matchday 17 of the Scottish Premiership.

Aberdeen have won eight of their 15 rounds in this season, ranking third with 25 points, only two points ahead of the fourth-placed Livingston. They will be confident in this home game since they have six wins from their seven home league matches so far. In addition, 22 goals have been scored in this progress, with average of 3.14 per match. 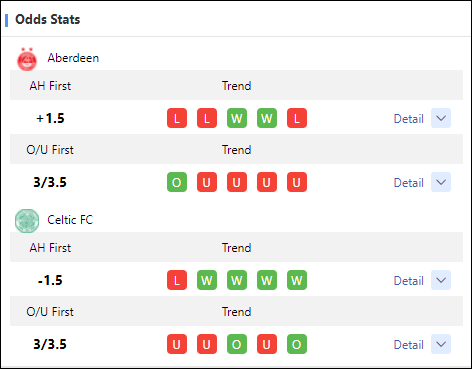 Celtic FC have won 14 of their 15 league matches this season, amassing +37 goal differential in the process. 3.33 goals have been scored per game through the first 15 fixtures. They’ve only failed to score once this season when they fell a 2-0 away defeat to St Mirren.

Celtic FC are undefeated in the last 10 meeting against Aberdeen. Both teams have been in fierce goal scoring form in this season, and I am going to back both teams to score and Celtic FC could get the points.