The France will play against Morocco in the World Cup semifinals on Wednesday.

Before they keep the title, they just have a little distance to go. Their aggressive playing style favored long passes and counterattacks, resulting in 11 goals scored and 5 goals allowed during the knockout stage. Mbappe always distinguishes out, who has scored five goals in knocked out stage and is ranking first in the top players for the World Cup.

As the first African national team to advance to the World Cup semi-finals, the Atlas Lions have established a record. It is unexpected and exciting! They have excellent tactics, a powerful defense, and excellent teamwork. They only gave up one goal during the knockout stage, which was an own goal by Naif Aguerd when against Canada. 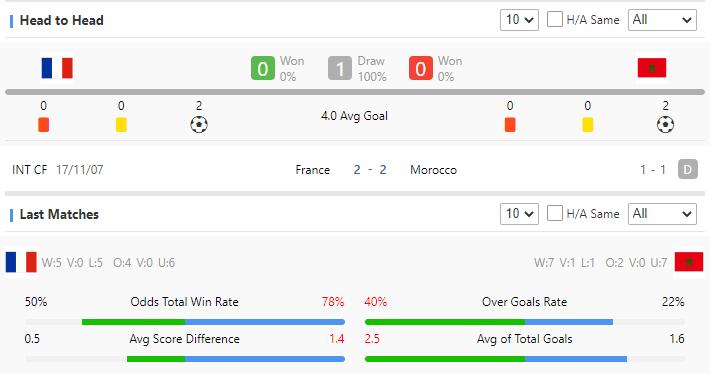 The two sides play in very different ways, so this Wednesday's matchup promises to be a tight tie in 90 minutes because of France's excellent attacking and Morocco's outstanding defensive.

Both half goals under 1.5

DaireA 249 Article
I worked as a sports journalist for two years. I am professional in writing previews and commentary under statistics through my work experience. It is my honour to share my views here.
See More Article