The match between England and France in the World Cup 22 quarterfinals is this Saturday.

The Three Lions have incredibly impressive thus far in the competition by scoring at least three goals in each of their first four matches, particularly in the last 16 round when they thrashed Senegal 3-0. A three-game unbeaten streak bodes well for England, and Southgate might become the first manager to take England semi-final. 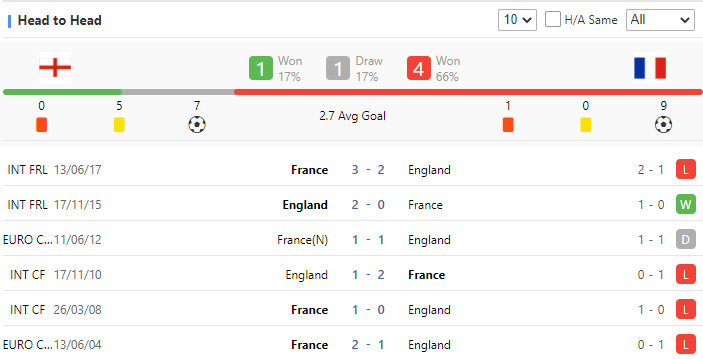 The defending champions defeated Poland 3-1 to maintain their chances of winning consecutive championships. France has now triumphed in eight of their last 10 knockout matches against fellow UEFA nations and they have now advanced to the quarterfinals of the World Cup in five of the last seven editions.

The ability of each nation to contain Mbappe and Bellingham's star qualities may determine the outcome of Saturday's match, but we are struggling to see how England can win and can only imagine France make a success.