Bristol City
Bristol City will want to continue from where they left off last time out with a 2-1 Championship success vs Middlesbrough. It has not been often in recent games where Bristol City haven’t conceded. In fact, Bristol City have seen their defence breached in 6 of their previous 6 clashes, giving up 12 goals during that time. That sort of pattern might not be carried forward here, of course. 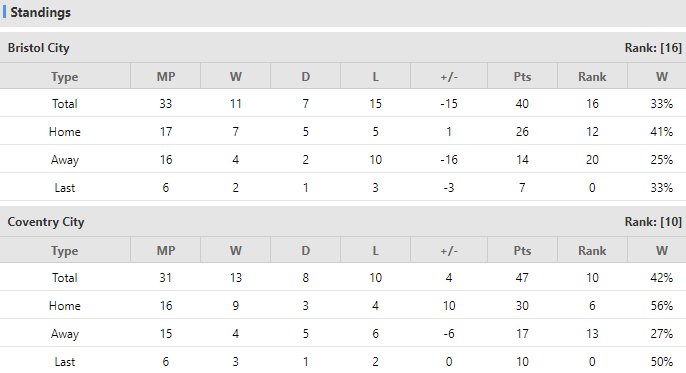 Verdict:
In our opinion, Coventry City and Bristol City may both find scoring difficult here. That is why we are leaning toward a very even match with a 0-0 scoreline at the end of the 90 minutes.

Football England Championship Coventry City Bristol City
(Disclaimer：Any views or opinions presented are solely those of the author and do not necessarily represent those of NowGoal. We disclaim any responsibility and accepts no liability for any direct or indirect loss or damage arising from any inaccuracies.)