The home team arrives to this match with an average of 0.71 xG per match, compared to its 0 goals effectively scored. This means that we should probably take into account these values before placing a bet as they will definitely help our decision making process. 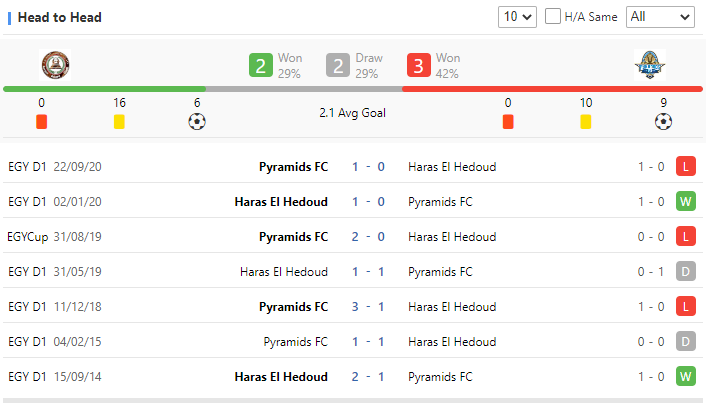 Haras El Hedoud has been in terrible form of late and has a great chance of winning the Pyramids with 3 wins in a row.