Mid day kick off, Angie brings you early profit as we take a look at the Portugal League Cup Group H game between Segunda Liga Academico Viseu hoping to cause an upset as they host Primeira Liga visitor Estoril. In Group H so far all five teams had yet to win a group match, and the table so far saw draws everywhere!

Academico Viseu – the home team had won their last 3 home game in a row and leading into this cup game, they are 5 games unbeaten with 4 victories. In theory, this game could see an upset, with Viseu drawing 3 games in the last five matches and all 3 draws finished at 1-1, this correct score draw can be considered.

Estoril - the visitor had not been so fortunate, they are 5 games without a win and lost 3 games from that. What's more is that Estoril had failed to win in 3 consecutive away matches on a spin, not seem like there are any advantages to me at all even though they are playing against a Segunda Liga outfit.

Opening Asian Handicap set to (0) by all bookies, it doesn’t follow much logic to me why Estoril is not giving a handicap to Academico Viseu to a lower league opponent. Bookies are all clearly overpriced on Estoril and despite the odds on Away AH (0) dropped, clearly a trap for the inexperienced bettors. 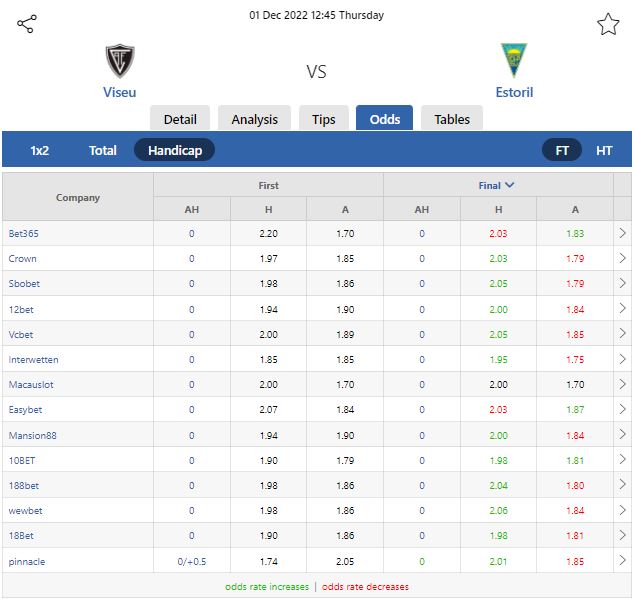 Estoril had never lost at Academico Viseu, last visit back in 2020, they won here 0-2.