In the Pistons’ 22 games this season, they have 12 wins against the spread. Detroit has been the underdog on the moneyline 20 total times this season. Motor City has finished 4-16 in those games. Pistons games this year have gone over the total in 13 of 22 opportunities (59.1%). 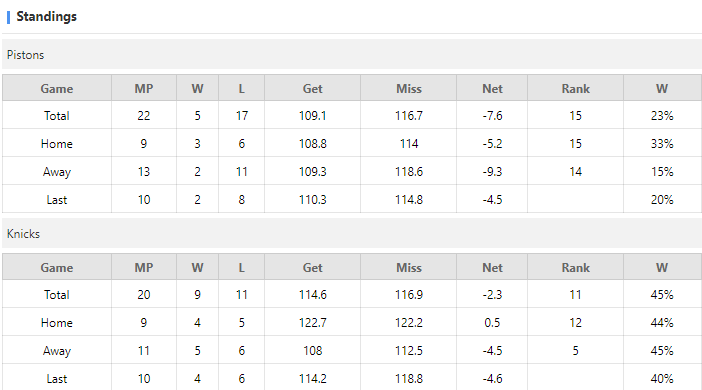 In the Knicks’ 20 games this year, they have eight wins against the spread. New York has come away with four wins in the seven contests it has been listed as the favorite in this season. Knicks games this year have hit the over on 11 of 22 set point totals.