Italian Serie B / Brescia vs Spal

Italian Serie B / Brescia vs Spal

Brescia are unbeaten in their last four league games, playing back-to-back draws. They were held to a goalless draw by Ternana in their last outing a fortnight ago. They are in seventh place in the standings with 20 points but will move up to fourth with a win. 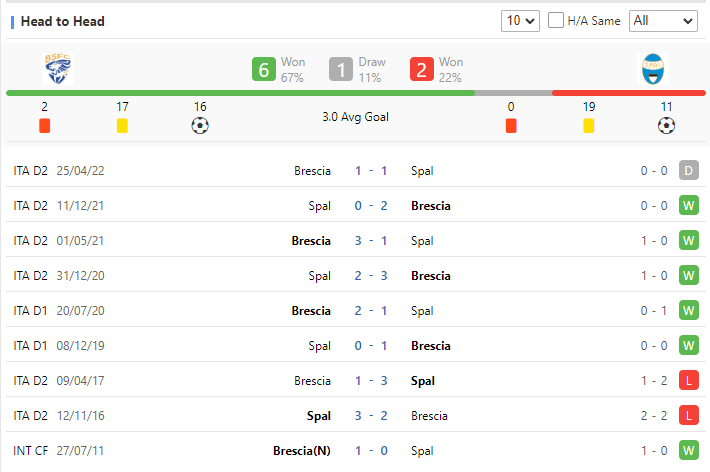 SPAL suffered their first defeat in five Serie B games when they fell to 2-1 home loss against Benevento. Salvatore Esposito scored the opener in the tenth minute before Patryk Peda was sent off in the second half and Benevento scored twice to complete their comeback.

SPAL have not scored in their last three away games but have done so in their last four trips to Brescia. Taking the form and recent history between the two teams into consideration, Brescia should eke out a narrow win.