Wales and Iran will meet for their second match on group stage of the 2020 Qatar World Cup.

Wales fell a 1-1 draw against USA on Monday, therefore, the England team has leaded the group by two points from Wales and USA. As for their recent forms, Wales failed to win any of their last six matches and even lost four, also, they had only won once in nine matches lately. 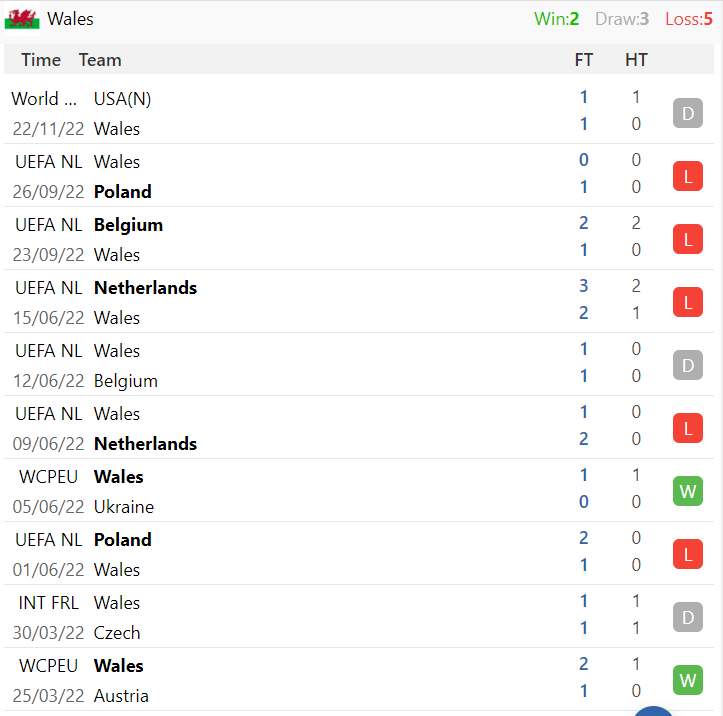 Iran is currently ranked 20th in the world, behind of Wales, but far behind in terms of players value, with only 59.53 million euros. Compared with Wales, Iran actually has more experience in participating in the World Cup. This has been the seventh time that Iran has participated the competition. However, due to the limited overall strength, Iran has never broken out of the group stage before.

In the first game of this world cup, Iran suffered a 2-6 at the hands of England. Although they are far behind England in terms of strength, they conceded so many goals, which actually shows that the team has a big problem in their state. However, the main striker, Taremi M. , scored two goals for England in this battle, showing a very good competitive state.

Wales seems to be the favourite of this clash, however, Iran have more recovery time and they could even broke the net twice when against England. Go for both teams to score here.