DAC 1904 Dunajská Streda face off with visiting rivals MFK Ružomberok at MOL Aréna in this Super Liga game on Thursday.

After 17 matches, being among the leaders of the Dunajska Streda team looks completely deserved. In home matches, they score on average 2.3. Note that most of all they upset the rival in the period from 76-90 minutes, scoring 10 times. One way or another, this team is still a great danger for any opponent, so it will not be so easy to beat it now. 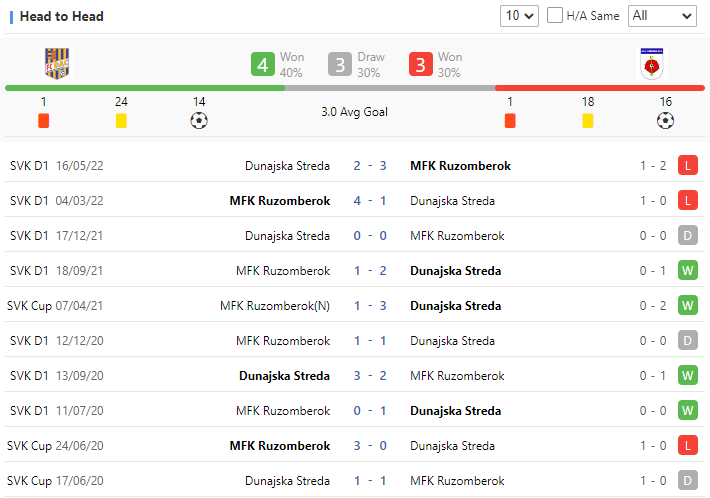 Superliga Ruzomberok will enter the next round as the main loser of the season, since after 16 matches it takes the 5 place in the table. Let's see if the club will manage to somehow rectify the situation, although it is hard to believe in this, to be honest, so far.

Dunajska Streda, who have won four in a row, are favourites to win this game.