The Brazil team will begin their Group G fixture in the World Cup when facing Serbia.

Brazil are coming off seven consecutive victories in all competitions, and they have scored 26 goals in total and only two goals conceded. Also, five penalties scored by Brazil in their last five games. Not only do the Brazil team have good attack, but also have stable defenses, with conceding only five goals in 17 matches on South American qualifying group. 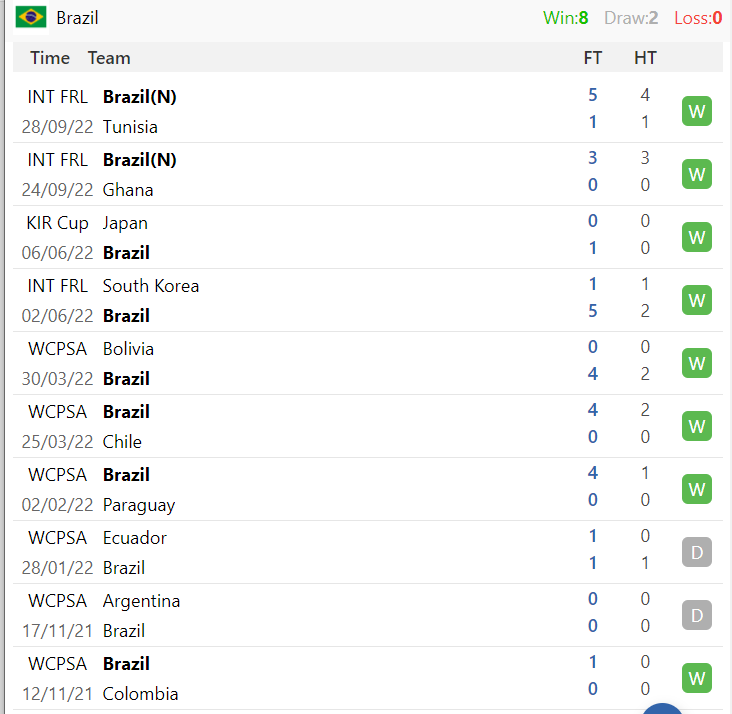 Serbia have been in smooth forms since 2022. They promoted to the League A in the UAFE Nations League and they won five of their last six matches lately, including against Sweden, Norway and Slovenia. However, they had only kept one clean sheet in last four matches.

Brazil have powerful squad and a strong defense, while Serbia conceded a lot lately. I will go for Brazil in this clash.