On Thursday, we will see a World Cup game between Switzerland and Cameroon.

Switzerland
Switzerland lost to Ghana last week, but they are experienced in World Cup competition, having advanced past the Group Stage in four of their previous five seasons.

Cameroon
Comparing with Switzerland, there is a lack of world cup experience in the team. The last time they came into World Cup knockout stage was in 1990. 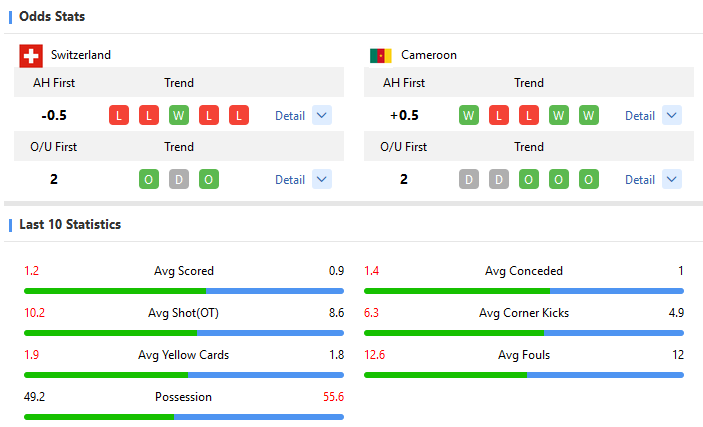 Verdict:
Switzerland is a superior nation to Cameroon. It's a good idea to support Switzerland.