Spain hope to have a good start from a Group E game against Costa Rica in this World Cup.

Spain are coming off upward forms. Not only did they they enter into the semi-final of the 2020 Euro and the final of the UEFA Nations League, but also topped their third Nations League on group stage and will fight for the title. They played only one Friendly before the World Cup when they beat Jorden with 3-1, getting the fourth victory in their five matches across all competitions. 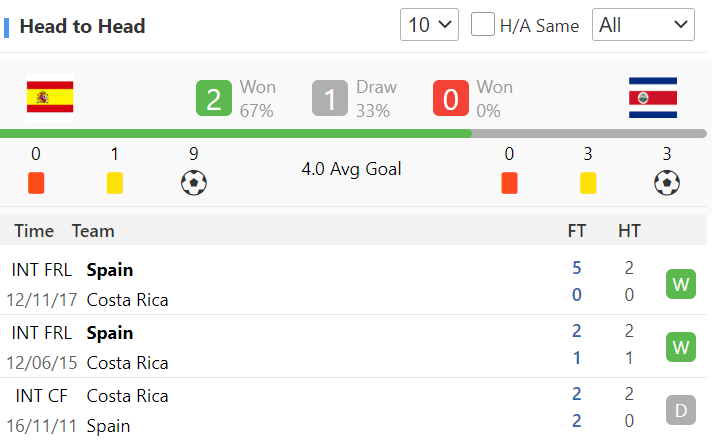 Spain have ever lost any of their three meetings with Costa Rica and won twice, but Costa Rica are not a week team, I am backing Spain to lead at half time.