Dynamo Kyiv are the guests at Arena Lviv on Monday for the Premier League fixture with hosts Veres Rivne.

Veres are only 1-4 in their last five games, including two two-game defeats, and the team's form and morale are poor. Their defense has been the biggest problem, conceding nine goals in five games. 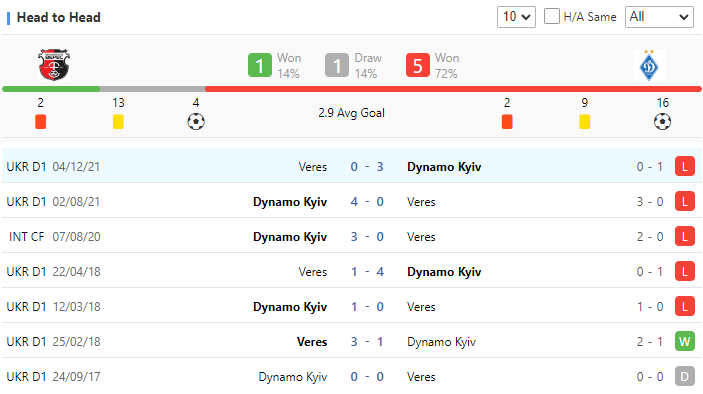 Dynamo Kyiv have won 3 and drawn 1 of their last 4 matches. The team is in very good form. They are first class in the Ukrainian league and play with confidence.

Veres Rivne should have enough to get a goal against this Dynamo Kyiv outfit, but one goal probably shouldn’t be as many as they’ll concede. Dynamo Kyiv shoule win.